Participating since 2009: Research Society for Pigments and Coatings (FPL)

Coating and pigment technologies are the basis for future-oriented key industries, which are driven by increasing demand, competition and new trends. For example, the requirements for suppliers of environmentally friendly painting materials or the requirements for intelligent coatings for metal and composites are increasing constantly. Therefore, for Small and Medium sized Enterprises (SMEs), research and development are especially crucial items for success in the coatings industry. The Research Society for Pigments and Coatings (FPL) interlinks approximately 40 members from major enterprises, SMEs, institutes or other institutions which are committed to innovation in surface technology. The members represent the process chain of organic coating technology, starting from raw materials up to finished coatings. FPL focuses its activities as a non-profit organisation on research promotion, research communication and further education, three major fields which foster benefits to industry and society. FPL already started its first CORNET project in 2009 and ever since has been an active applicant in the joint calls for proposals.

CORNET spoke with FPL’s General Manager Dr Michael Hilt about the participation in CORNET and his vision for the future of the coating and pigment industries.

Dr Hilt, how is the pigment and coating industry structured today and what possibilities does that hold for the future? 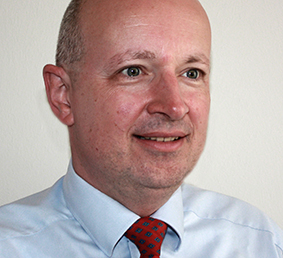 Paint production is still a local business, and Germany traditionally has a good competitive position in Europe. Some global players dominate the production quantities, but due to the very diverse use of paint for the different substrates and requirements, there are many niches which can be filled by flexible and quick reacting SMEs, which fulfil customer demands for perfection. This is pretty much the same for raw material producers (pigments, resins, additives), but here SMEs are not so many, or they are active in very inventive new areas as start-ups. All of them are not only driven by profit maximization, but also by the need to react sustainably to new challenges in environmental issues and functional necessities, which in the end drive innovation as a competitive factor. Pre-competitive applied research helps to get new ideas and strengthens the process chain of surface technology by networking. And that has always been a success factor as well as being very future-oriented!

Could you give us an example of the challenges the coating and pigment industry has to face?

Well, in the polymer sector there is huge activity in worldwide research into interface technology. When it comes to implementation in companies, often problems occur because people speak on different levels. For example, the issue of self-healing or self-repair of slightly damaged coatings or surfaces seems to be solved, according to scientific literature. We worked in a multinational CORNET project on this issue to explain to our user committees the possibilities, challenges and limits from now on till they go to the market. To give a résumé, smart coatings with additional and special properties are one of the important and “modern” research and development areas in the coatings industry. But still classic issues like improving corrosion persistence of metal substrates or composites, or improving wear or light protection are challenging in practice and in the application of science.

How did you learn about the possibilities CORNET offers?

On the one hand, scientists in research institutes are eager to implement their ideas and are in that process also very keen to search for new sources of funding. On the other hand, FPL is a member of AiF and therefore active in implementing national projects in industrial collective research (IGF). Due to that fact, we heard about the international straightened funding concept in CORNET. At first, it seemed a little bit complicated, but later on and with some routine the proposals and the procedures were quite easy to handle. 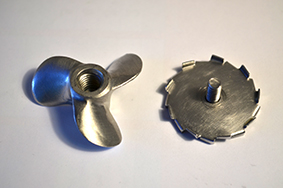 How did your association get in touch with potential partners in the CORNET network to set up the first project / projects in general?

Due to our IGF activities, we have quite a good network throughout the process chain of coating technology, which is constantly growing. This is possible due to good contacts with research institutes, with which we are working closely together. And those institutes have partnered institutes that also know their industry partners and the relevant challenges very well. This network does not stop at the German border. So through direct communication of the research societies with the institutes and the industrial partners, project ideas are growing bottom-up, from the need for pre-competitive problem solving to proposals and up to the final multinational working to increase the competitiveness of our industries.

What advantages has your association gained from CORNET so far?

The big advantage is the increase in knowledge concerning the need for problem-solving in different partner countries and also, and this is not negligible, the better contact with the industrial partners and the researchers abroad. The CORNET concept also allows us to work on a broader scale on questions and solutions compared to national IGF projects in general. This is mainly due to the multi-national funding and thus the higher project budgets. It is very clear, that the effort concerning coordination is also much bigger compared to national projects, but the results are broader and the work with the foreign partners is very enriching concerning diverse criteria, as already mentioned.

How do you evaluate your general experience with CORNET?

In general, it is a very positive experience gaining scientific, technical and interpersonal knowledge and at the same time being able to create new solutions for industry, especially SMEs.

Do you have any recommendations for clusters or SME associations from other countries who are interested in joining CORNET?

I could imagine that especially partner countries in not so wealthy zones of the EU or possible future EU-partner countries could benefit from the CORNET approach tremendously, as Germany’s SMEs and research institutes are often seen as an economic role model for innovative concepts in wealth creation. But increasing the scope of CORNET to more countries and integrating it in a developmental model for beneficial economic growth in other countries would for sure necessitate an increase in funding by the German ministries.

Get in touch with the Research Society for Pigments and Coatings

CORNET projects with participation of FPL

2015 to 2017 – DuraCoat
Criteria and guidelines for evaluation and selection of anticorrosive paint systems for steel structures
Countries involved: Germany, Poland